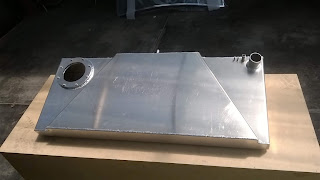 Petrol tank arrived from Classic Revival with the alloy ring welded in place on the left of the petrol tank. This will accept the VE Commodore V8 12V electric fuel pump. 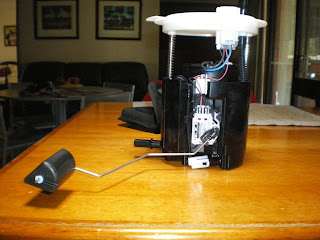 New 12V Commodore V8 electric fuel pump. The float arm had to be shortened so it would travel the full cycle from empty to full inside the fuel tank, this is due to the Cobra fuel tank being thinner than the Commodore fuel tank. 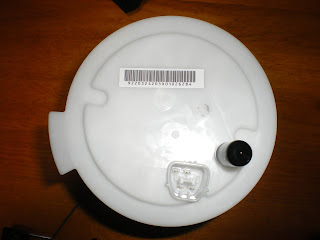 The top of the fuel pump.
This fuel pump setup is a more compact system than the external setups bolted to the inner rear guard. It has an all in one package that fits neatly inside the fuel tank. Comprising of a  non-return fuel system that has an inbuilt regulator, small swirl pot and fuel gauge sender. As mentioned it only requires one fuel line feed (pipe) to the front engine bay through an inline filter bolted to the chassis. The fuel gauge and pump 12V feed is easily wired in as well with the correct wiring plug easily obtained online. 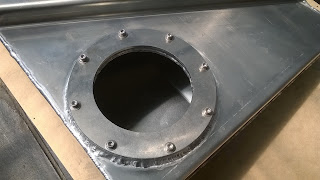 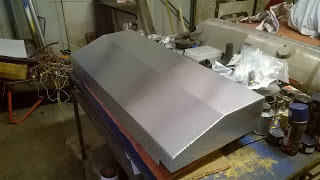 Instead of polishing this well made fuel tank, I decided to paint it silver to save on one less item too polish. 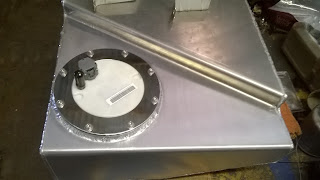 Fuel pump all bolted in place. 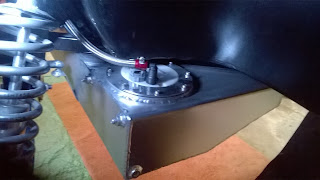 View from under the left hand rear guard of the tank assembly fitted up under the Cobra with fuel line and wiring connected up. 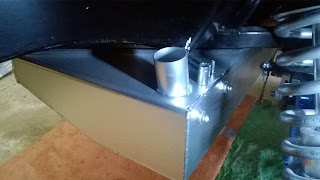 View from under the right hand rear guard of the fuel tank intake and breather pipes. 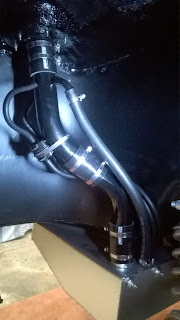 Intake filler and breather pipes all fitted up. 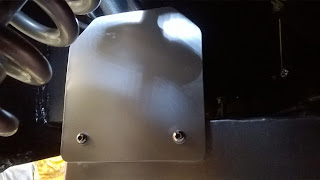 Made some aluminium stone guards up to protect the fuel tank piping. 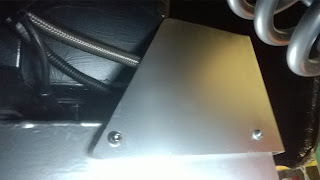 Stone guard for the fuel pump, fuel line and wiring. 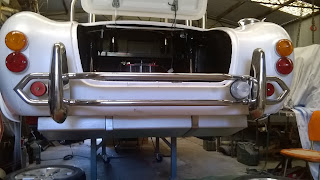 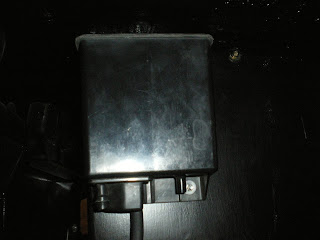 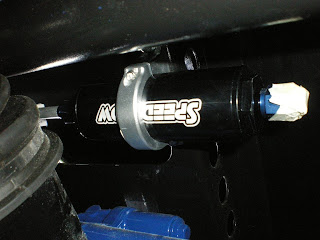 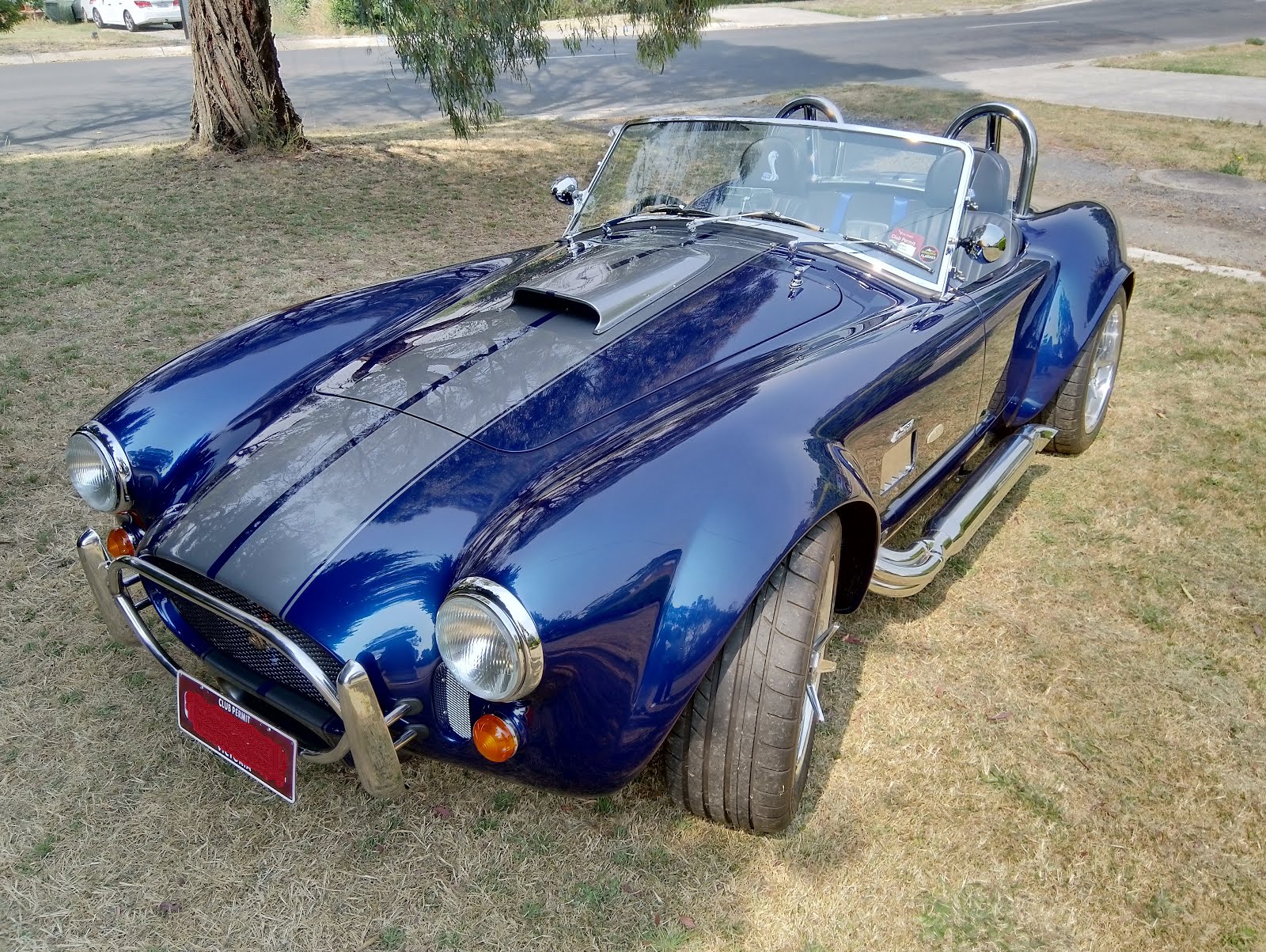 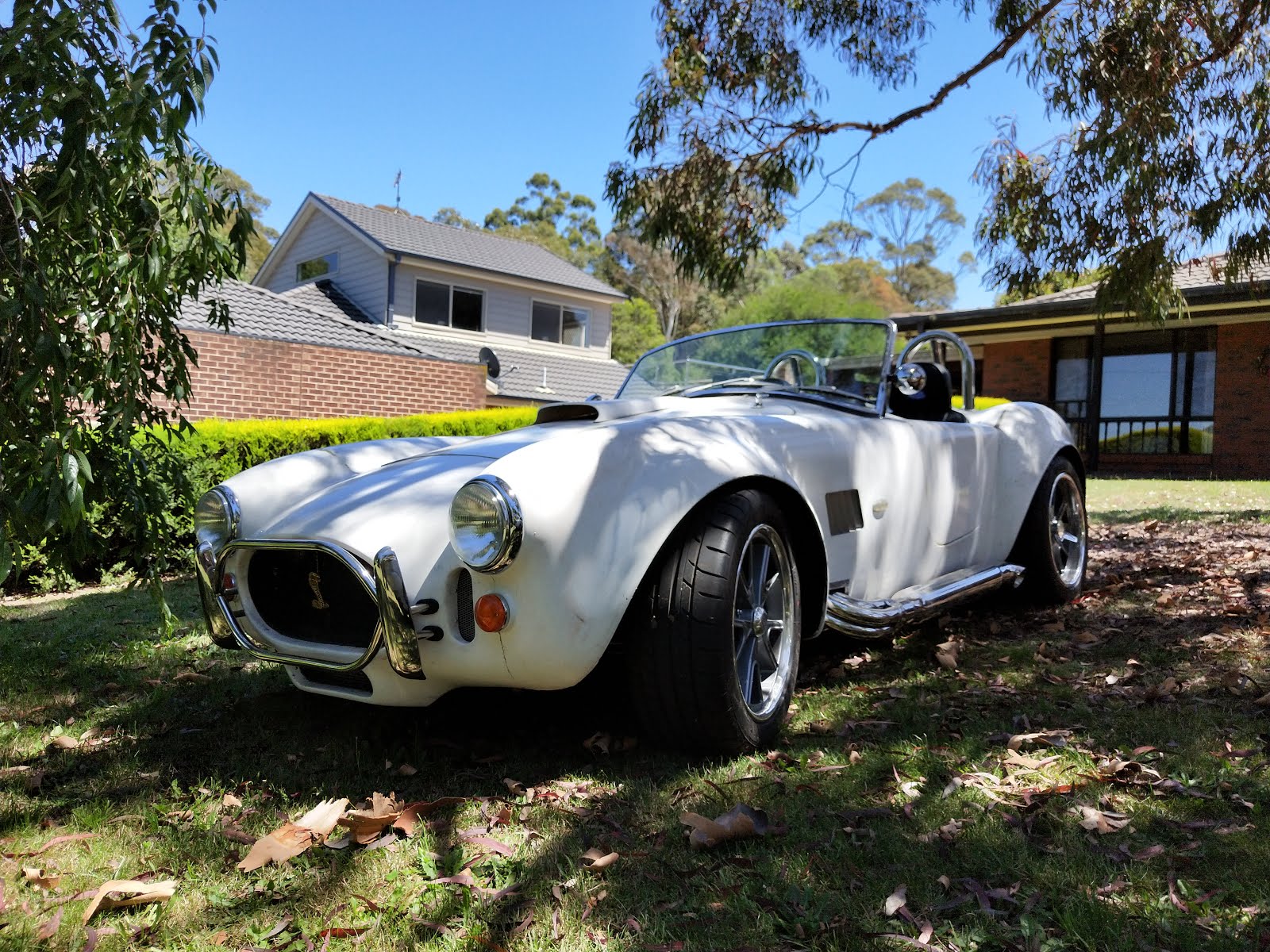 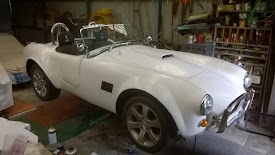 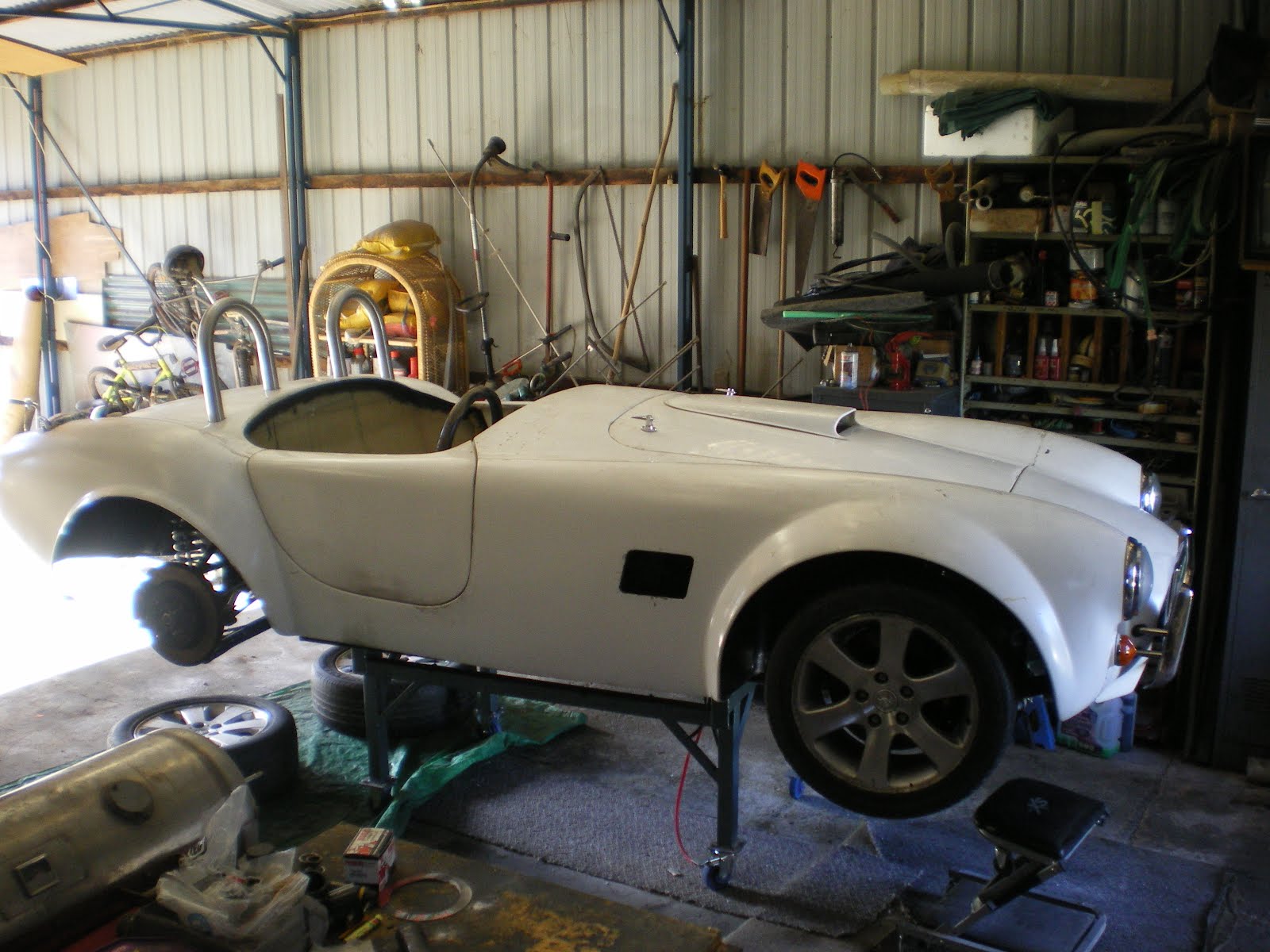 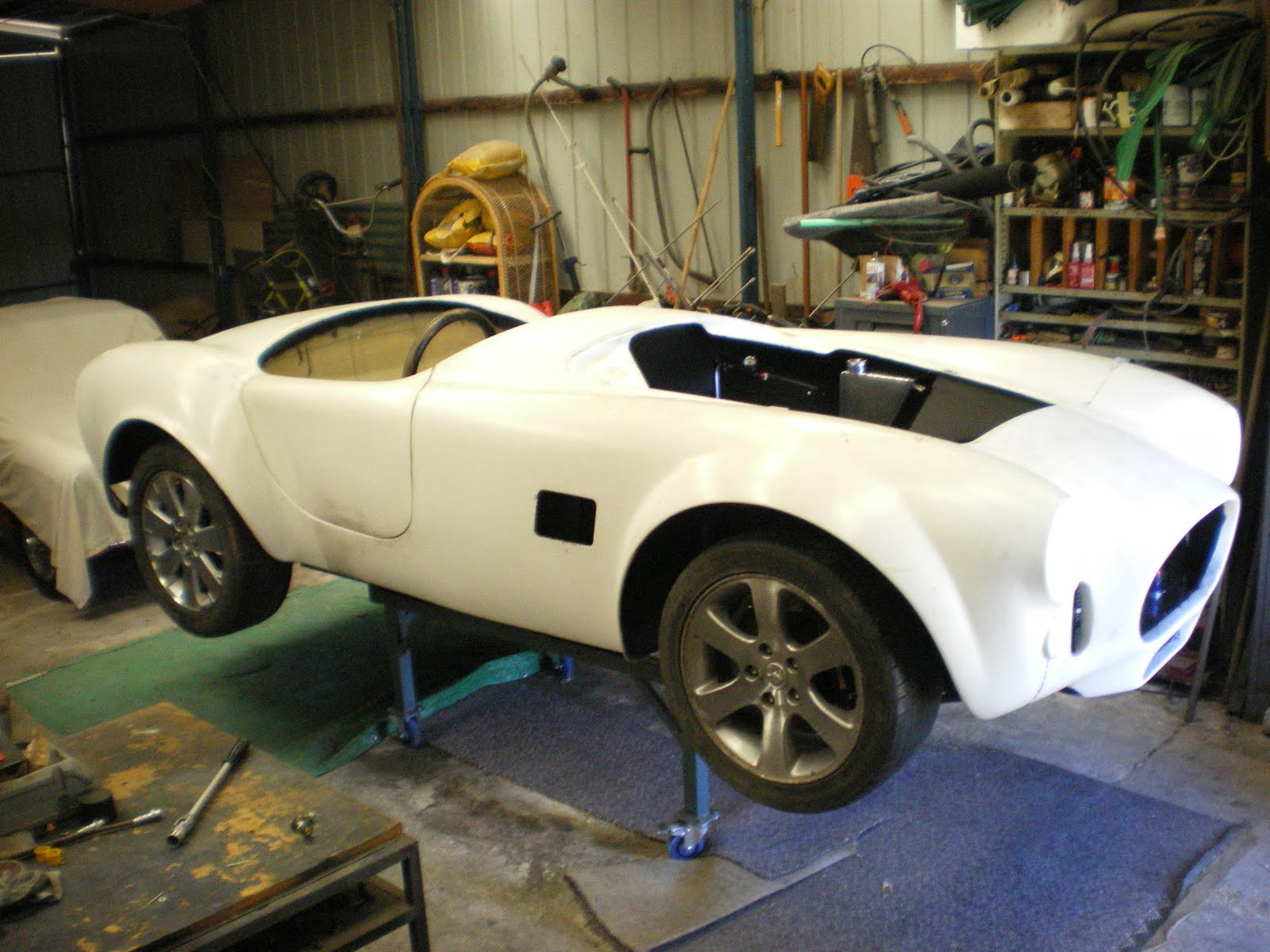 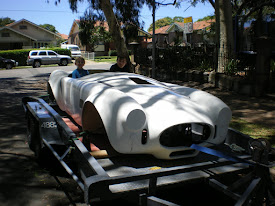 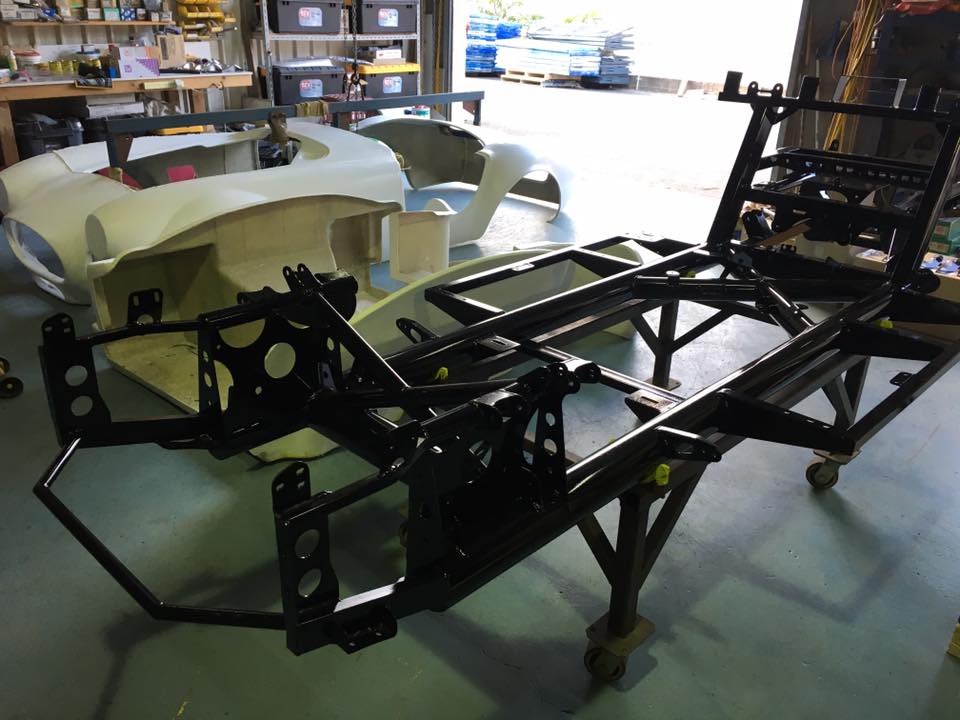